All members of the Maine Association of Psychics and Soothsayers are reminded of the rapidly approaching deadline for submitting your renewal examination for calendar 2014.  If you have not completed the examination (provided below), please do so and submit it to MAPS headquarters on the Pier at OOB by 5pm on Monday, January 13, 2014.  Members who do not achieve a passing grade on this exam will not be recertified for 2014.

1.      Thinking ahead to the AHACAC meeting on the evening of January 13, 2014, what will be the vote in favor of the main recommendations of the Committee:

2.      Thinking ahead to the Town Council meeting on the evening of February 5, 2014, which of the following points will Town Manager Hall make in his introductory remarks about the AHACAC’s work and recommendations (check all that apply):

a.       This very talented and committed group worked incredibly hard at the assigned task.

b.      There was a transparent and fair process for selecting the Committee members.

c.       All or nearly all of the Committee members were current or former dog owners thereby making the entire process 100% legit.

e.       The Committee’s schedule was such that all of the information presented could not possibly have been thoroughly reviewed and discussed.

3.      Again thinking ahead to the Town Council meeting on the evening of February 5, 2014, the vote to accept the AHACAC’s majority recommendations will be:

d.      4 to 2 with one member not present due to a previously scheduled duck hunting engagement

The third meeting of the AHACAC was held on Thursday evening, January 9.  I think a fair one sentence summary would be: “The charade continued to play out.”  At least this time there was some real exchange of ideas and bits and pieces of agreement.  For a balanced and comprehensive account of the meeting, please see Duke Harrington’s article in the Current.  http://www.keepmecurrent.com/current/news/scarborough-plover-policy-fails-to-take-flight/article_6b51b074-7a37-11e3-be98-0019bb2963f4.html

Two suggested solutions in particular are noteworthy.  Professor Perlut suggested the “Co-op beach” on Pine Point as an option for dog walking at any time due to its plover-free nature.  And Councilor Donovan added his imprimatur, perhaps because it’s as far away from Higgins Beach as possible.  I wonder why even the plovers can’t be bothered with the Co-op beach?

The other proposal that received some attention was Ms. Chabot’s.  I must say it sounded quite sensible to me… except for one key feature.  The proposal was basically for the establishment of an Animal Control Committee (note: not a piping plover committee, but an animal control committee) and a two-year study of beach policies on education, enforcement, data collection, etc.  Perfectly reasonable except for one big old fly in the ointment — during the two-year study/improvement period, the US Fish and Wildlife ordinance would be in place.  You know, just like the Town voted for overwhelmingly in December.  Oh, wait…

The meeting ended on a rather sour note as a motion to request a one-week extension from the Town Council was voted down 4 to 3.  Gotta keep this ball rolling.  We wouldn’t want facts to get in the way or encourage better mutual understanding.  USFWS MUST BE OBEYED!  DOGS BE GONE! 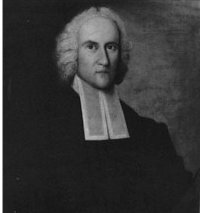 Allow me, Dear Reader, to stray from my usual format and speak seriously for a moment.  I promise that it will be a brief aberration.

Although this blog attempts to treat the current controversy in an entertaining manner, the issues themselves are serious.  Indeed, extremely serious.  Yesterday I submitted a serious proposal to the AHACAC suggesting a partial solution to the current disagreement about the Town’s policy on beach access, particularly as it relates to dogs and piping plovers.  I will not bore you with the entire document, but the main points were that the AHACAC’s recommendations should include:

I believe these suggestions will provide a reasonable framework for addressing the serious — but not crisis level — concerns surrounding the limited summer off-leash time for dogs and the protection of piping plovers.  I also firmly believe that it is the responsibility of the citizens of Scarborough to set beach access policies, not a Federal or State agency.

And now back to work…

Preparing the S.S. Electrolux for launching at Ferry Beach.

Work is beginning in earnest on the dredge with the activity centered at the Ferry Beach parking lot.  They are in the process of assembling the S.S. Electrolux, the floating pump mechanism that will suck all that goop off the bottom of the channel and spray it oh-so-gently on Western Beach.  Ahh, I can feel the good vibes of re-nourishment already! 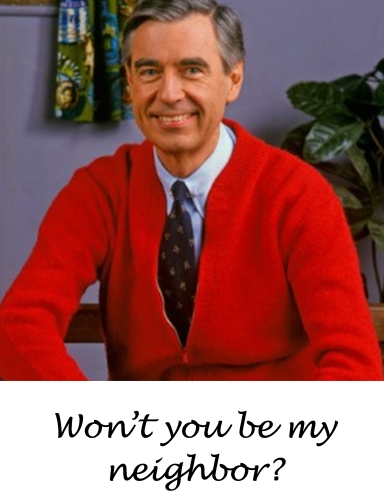 At Thursday evening’s meeting of the AHACAC, Mr. Donovan very kindly offered up Old Orchard Beach as an alternative beach that Scarborough residents could use after he and the Council close our beaches to off-leash dogs from April through August.  In other words, shift the problem (if off-leash dogs are in fact a problem) to another Town.  Isn’t he the essence of neighborliness?  You gotta love it!

By the way, we have it on good authority that the Naked Surfers of New England are planning to hold their 2014 summer convention at Higgins Beach on the July Fourth weekend.  Included in the festivities are a let-it-all-hang-out paddleboard regatta up the Spurwink River.   Arrive early for the best viewing spots.

Thanks again for reading this.  Please share with friends.  It’s amazing how far a little information can go.

5 thoughts on “Progress made, but charade continues”